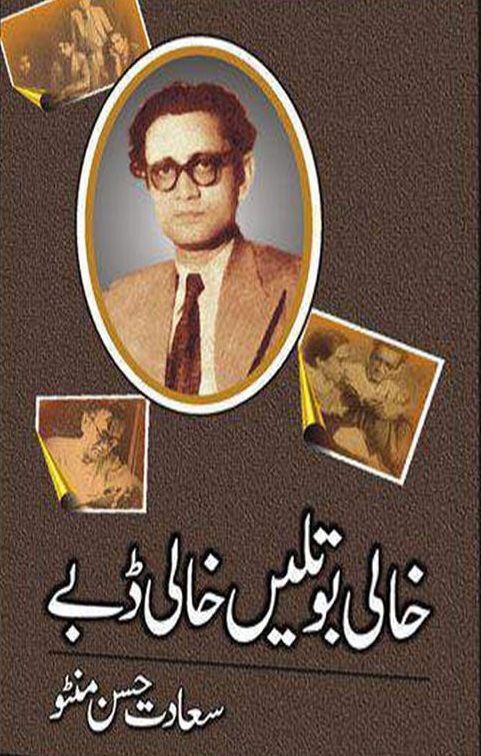 Khali Botlain Khali Dabbay by Saadat Hussain Manto is interesting collection of short stories. Manto Kay Afsanay is most beautiful collection a collection of Short stories by Manto. Saadat Hasan Manto is one of the legend writers in the history of Urdu literature. He wrote many short stories, novels, dramas, and essays. His writings blamed for his boldness, but Manto didn’t care about this charge. He defended his bold and vulgar characters and dialogues. In his articles, he said that he displayed the reality of the society which contained the hypocrisy. He unveiled the hypocrites, and if he charged for that, he would repeat it again and again.

Saadat Hasan Manto  سعادت حسن منٹو‎, pronounced  11 May 1912 – 18 January 1955) was a Urdu Pakistani Writer, playwright and author born in Ludhiana, British Raj. Writing mainly in the Urdu language, he produced 22 collections and of short stories, a novel, five series of radio plays, three collections of essays, two collections of personal sketches. His best short stories are recognize in high esteem by writers and critics. Furthermore, Manto also known to write about the hard truths of society that no one dared to talk about. He is best known for his stories about the partition of India, which he opposed, immediately following independence in 1947.