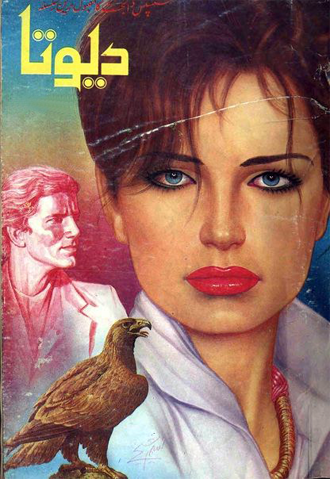 Devta Novel is a serialized fantasy thriller novel written in the Urdu language by Mohiuddin Nawab. It was published monthly for 33 years in the Pakistani magazine Suspense Digest from February 1977 to January 2010. Furthermore, Devta is the fictional autobiography of Farhad Ali Taimoor. Finally, a man who gained incredible telepathic powers.

Spanning 56 volumes and 11,206,310 words, Devta is the most extended continuously-published story on record. It was started in February 1977 and appeared every month in Suspense Digest, with its concluding chapter published in January 2010. The final chapter involves the death of Farhad lying in front of Madam Sonia according to the prophecy which Baba Fareed Wasti initially revealed.

It is a story starting with a teenage boy living in Shahdera town by the outskirts of Lahore, Pakistan. Also, The story has been written by Mohiud-din-Nawab under the pseudo name Farhad Ali Taimoor.

The story’s title is given as “Devta” from the Hindi language, which stands for “god” or earthly god by the Hindu religion. Also, He is described as Devta because of his fictional and mind control powers gained through Telepathy or mind science. However, It is the fictional autobiography of Farhad Ali Taimoor, a man with unique telepathic powers.

In Devta Novel, He fights with the group of Super Master and underworld mafias, other criminal mind people and groups in different stages, and a battle rages moving from continents and islands and into government circles and private power broker’s homes. Also, The story is a multiple of stories where Farhad is faced with opponents at every stage and in various forms.

Farhad, in the beginning, starts as a novice but soon, he is confronted by the American Spy Agency “Super Master” group. The Super Master is an underground powerful mega boss working for the American interests worldwide, and he virtually controls the American military, civilian government, and top financial men. It is the leading spy agency with a global crime, terror, intrigue, conspiracy, and drug control. Furthermore, The Super Master agency is the top-secret agency.

All Parts Of Devta Novel :

Also Read Romantic Urdu Novel
The author Mohiuddin Nawab, a well-known social story writer of Pakistan, has written more than 500 stories, both short stories and novel-length, mostly published in Suspense Digest, a monthly magazine published in Karachi and available in Pakistan, India, and various parts of the world where Urdu is spoken. He has also written screenplays for film and television.